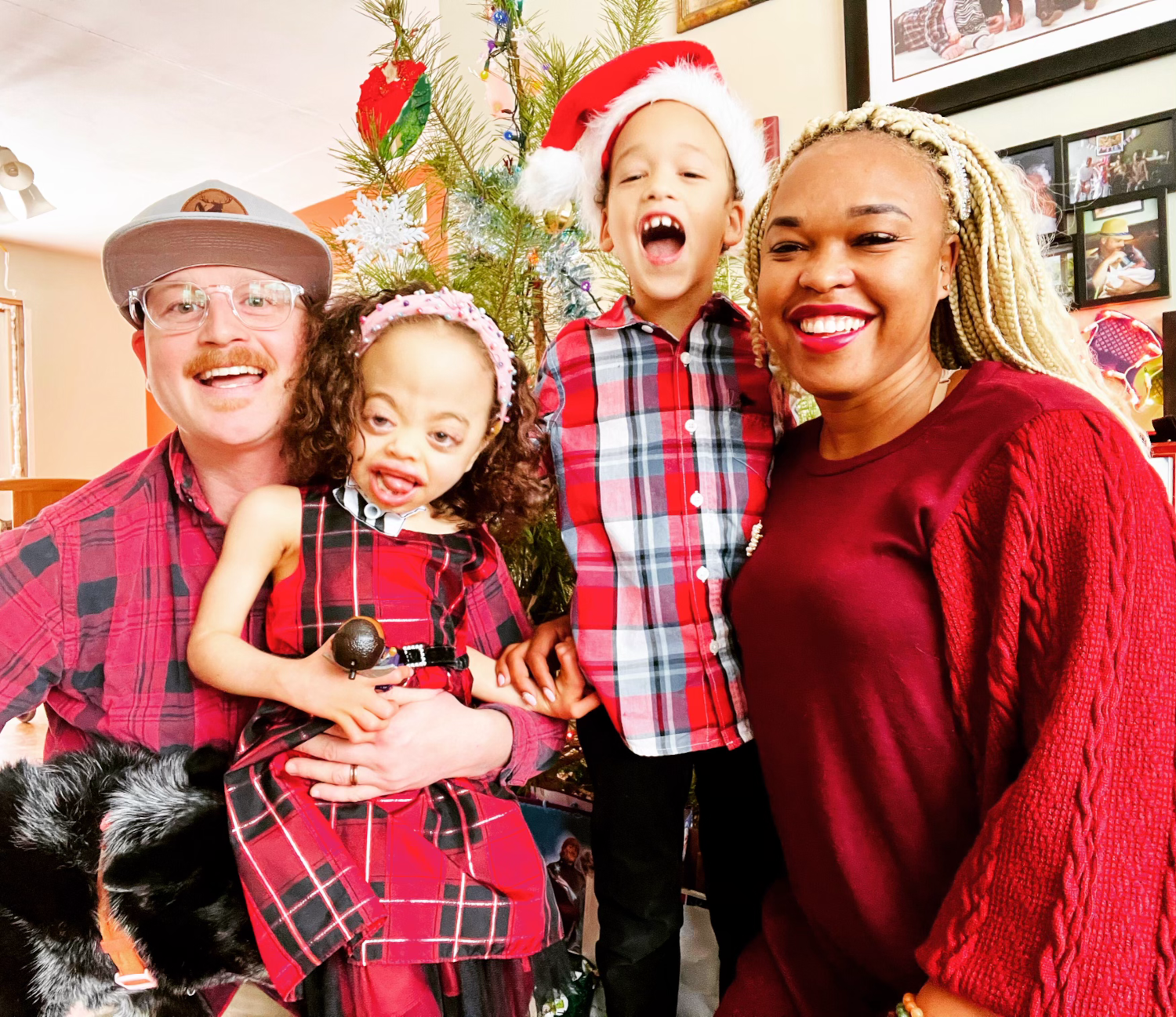 When Georgina was informed by a professor at her college in Kingston, JA that she would be spending the summer of 2012 in Door County she had no idea what to expect, or where she was headed!

She immediately found Sister Bay on a map and realized she was traveling to a strange and distant place for her student work program, which would culminate her bachelors degree in Resort and Entertainment Management.  Along with four other students from Excelsior College Georgina departed for Wisconsin, unaware her life would soon be changing forever!

After a couple weeks settling into their new house and jobs, and adjusting to a new culture and climate, Georgina and her girlfriends heard, with amazement, that there would be a REGGAE BAND(!!) playing at Husby’s over Memorial Day weekend.  Just a short walk from their house, they were beyond excited for a chance to go dancing and feel some familiarity.

As fate would have it Carlin was just getting off his shift at Husby’s Garage Bar when the music started playing.  It was impossible not to notice five Jamaicans, front and center of the crowded dance floor.  After some bolstering from his friends Carlin made his way through the crowd to the group of Jamaicans only to spill his beer on Georgina’s feet!

“You need to clean that up,” Georgina informed him.  Little did they know those words would be the beginning of a summer romance which would lead to an engagement which would lead to a wedding in Jamaica seven months later and the births of two children in the next two years!

Life was good, but still Georgina missed Jamaica and especially Jamaican cooking! She soon began crafting her own jerk sauces inspired by her brother-in-law Oneil’s recipe and so began the quest to source and grow the very best ingredients to create her flavors.

Georgina’s sauces soon began a buzz around Sister Bay and in 2015 The Jamaican Door was born!  Georgina and Carlin visited the Export Authority in Jamaican to establish an account so that Pimento (Allspice) from Georgina’s uncle’s farm in St. Elizabeth could be directly sourced.  Fresh herbs and scotch bonnet peppers were soon planted on the family homestead in Ephraim to ensure the finest most authentic locally crafted sauce in the Midwest, The Jamaican Door’s Original Jerk Sauce!
As a compliment to Original Jerk, Georgina spent over two years creating her second offering, Cherry Jerk Sauce!  Cherry Jerk would again take inspiration from Georgina’s family recipes and family vacation time spent in Jamaica, cooking with brothers and sisters.  In honor of Carlin’s great grandmother Amy Seaquist, Door County cherries for the sauce would be sourced from Seaquist Orchards.
Georgina and Carlin remain passionate about bringing their individual backgrounds and cultures together to create something truly unique and inclusive, right here in Door County!
Georgina, Carlin, Phoenix, and CJ’s stories continue on Instagram and Facebook!  Join us (@thejamaicandoor) for updates as we grow our little farm, run our seasonal Jerk Chicken Pop-Up and bring the best of Jamaican cuisine to the Midwest!
BLESS UP, BIG UP!!
Sincerely,